Winnipeg is the capital and largest city of Manitoba, Canada. Also knowned as PEG CITY or 204. It is located near the longitudinal centre of North America at the confluence of the historic Red and Assiniboine Rivers, a point now commonly known as The Forks. Winnipeg is the core cultural and economic centre of the Winnipeg Capital Region, which is home to more than half of the entire Manitoba population. It has Canada's 8th largest CMA with 694,668 inhabitants, and is Canada's 7th largest municipality with a population of 633,451 (as of the 2006 Census). The CMA population was estimated at 719,200 as of July 1, 2008. A resident of Winnipeg is known as a Winnipegger. The area code of Winnipeg is 204.

Police Corruption is defined as the abuse of police authority for personal or organizational gain. This comes in many shapes and sizes, from the major drug trafficking and money laundering to looking the other way on minor everyday violations of the law. Ever since the concept of rules and regulation came about there have been certain people who were chosen to enforce those regulations. Some of those law enforcement personnel have been persuaded to look the other way on certain violations committed by their friends or family. Payments for these inconsistencies could come in the way of personal favors, bribes, or gratuities. Winnipeg Police have been known to intimidate witnesses against them-- in a gang like fashion -- along with fabricating evidence in attempts to avoid legal and public prosecution. 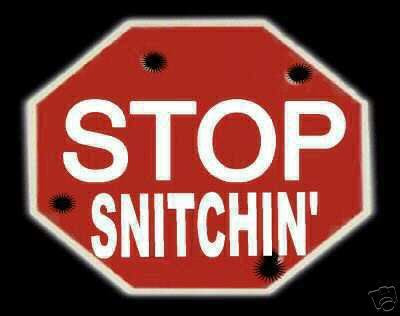 Even though destain for snitches can be found within EVERY ethnic community (e.i. Italian underworld code of Omertà, Triad and Biker syndicates etc.), the media and police brass constantly attempts to label this as a problem strictly confined to minority communities. In the midst of all the sensationalism and misconception, the true meaning of the word "Snitch" has been misconstrue by popular culture and the media. Let it be known that a person reporting criminal activity in their neighborhood is NOT a snitch. That would be a CONCERNED CITIZEN. Someone that gives an ACCURATE account of a crime is called a WITNESS.

The media and police P.R. are creating the illusion that the crime epidemic is fueled by the Native and immigrant community’s reluctance to cooperate with police investigations. To be quite sure, honest people are not conspiring with criminals in some imaginary code of silence. The average citizen is just as concerned as those in affluent/middle-class areas about drugs and crime in the city. But (with good reason)people in poor areas are a little closed-mouthed when it comes to talking to the police, which can probably be attributed more to the fear of dishonest police than the fear of retaliation from any gang.

Depicting the Native and other minority community as a bunch of apathetic hedonists with questionable values, spooked by the thought of assisting the police in any way for fear that they would be labeled a snitch and assassinated surves the police and the media's agenda by painting the victims as the perpetrators.

In poor communities the police are not trusted, and for good reasons. Police lie, plant evidence, and strong-arm residents more frequently than anyone will admit.

The City of Winnipeg is divided into five policing districts. Each district contains several generalized and specialized police units.