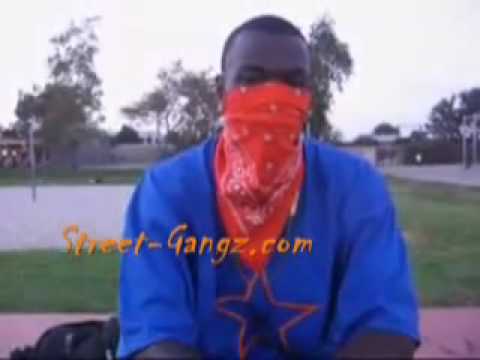 The West Side ( W/S) 74 Hoover Criminals Gang, also referred to as the "Bay Bays" and formerly known as the "74 Hoover Crips" up until the early 1990's, are a long standing and active African American street gang located in the western district of South Los Angeles, California. Founded around 1973, this gang is a sub-set of the larger Hoover Criminals umbrella. The 74 Hoovers control an area of about 0.298 square miles, the third largest of all Hoover Criminal sets. Their turf is bounded from Florence Avenue in the north to about 80th Street to the south between Vermont in the west and Figueroa Avenue in the east. They are cliqued up with their neighbors to the south: the 83 Hoover Criminals Gang [1] and are friendly towards all Hoover Criminals. Other allies include the School Yard Crips, 78 Hard Time Hustler Crips and the Gardena Shotgun Crips. Additionally, the 74 Hoovers have a close alliance with the Insane Crips of Long Beach known as the "Hoosane" alliance. They used to be allies of the Eight Tray Gangster Crips, but that is no longer the case. Like other Hoover sets, the 74 Hoovers have fierce and long standing rivalries with a multitude of Neighbor Hood Crip gangs; their fiercest to date being with the Rollin 60s Neighborhood Crips. Other Crip rivals include the 6 Pacc East Coast Crips, 76 East Coast Crips, the 67 Neighbor Hood Crips and all Menlo Crips. With their roots as a Crip gang, the 107 Hoovers are naturally hostile towards all Bloods, although their rivalries with Neighbor Hood Crip gangs are more intense than any Blood rivalry. Some Blood rivals include the 79 Mad Swan Bloods, Harvard Park Brims, Van Ness Gangster Brims, Fruit Town Brims, the LA Denver Lane Bloods and the Crenshaw Mafia Gang. This particular subset of the Hoover Criminals have subsets situated outside the state of California started by former members who relocated during the late 1980s and early 1990s to further their drug trade enterprise. The biggest spin-off set being the 74 Hoover Crips out of Seattle, Washington which was started in 1985 or 1986 by George Edward Henddricks also known on the streets as “OG P-Nutt” of South Central, Los Angeles, who relocated to Seatlle in the 1980s [2]. Throughout the 1980s, the 74 Hoovers, along with the 52 Hoover Gangster Crips, were key players in the drug trade business thanks in part to the efforts of Ricky “Freeway" Ross, operating drug houses across South Central, Los Angeles which earned them as much as $500,000 to $1 million dollars in cash annually. 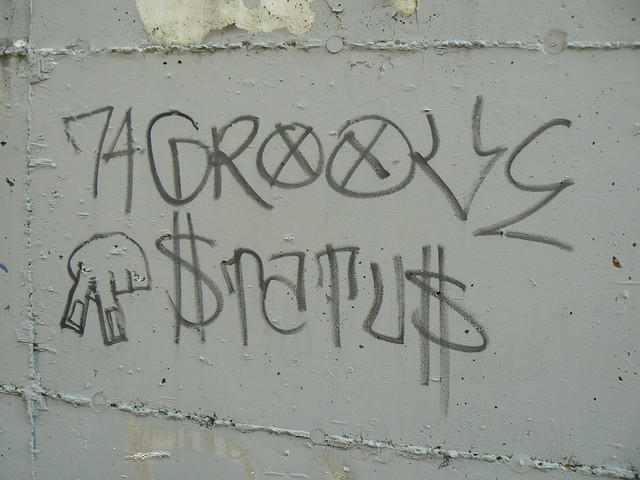