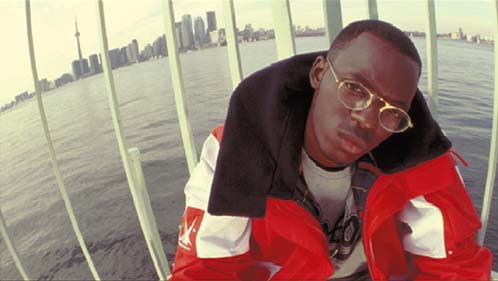 Choclair is a foundational hip-hop artist from the streets of Scarborough, an eastern suburb in Toronto, Ontario, Canada. Starting at the age of 11, Kareem "Choclair" Blake entered the rap world. His first release, "Twenty One Years", was released in 1996 on his independent co-owned record label, Kneedeep Records. The underground community worldwide quickly embraced the album, establishing him as a standout rapper in the burgeoning Canadian hip-hop scene. Most of Choclair's independent releases were featured around the globe on prestigious hip-hop compilations. In June of 1998, after having released 11 records (including the first international releases for Saukrates, Kardinal Offishall, Jully Black, Solitair, Marvel, Tara Chase and many more of T-Dot's finest), achieving a Gold Record with the Rascalz on Canada's Hip-Hop Anthem, "The Northern Touch", receiving two Juno Awards and a MuchMusic Award, Choclair then decided to expand his team and join forces with Virgin Music.

Light it up ft. Jully Black