Clanton 14 Street, also known as "C14th St", is one of the oldest Hispanic criminal street gangs in Los Angeles, California formed in the early 1920s. Clanton 14 were some of the first supporters and founders of the Mexican Mafia. The Clanton 14 does not represent the 14th letter of the alphabet or show allegiance to Nuestra Familia; it represents 14th Place (formerly Clanton Street) in Los Angeles, California where they were created. The Clanton never identified with the number 13 in their graffiti [1]. They are represented by 5 different factions all over Southern California. The first and the second sets are in Los Angeles, the third and fourth are in Hollywood. There is also the original Clanton 14 on the East Side of downtown Los Angeles. The territory of Clanton varrio once went from Olympic Blvd in the north to Santa Barbara Avenue to the south which is now known as Martin Luther King Jr. Blvd and they shared their turf with Primera Flats 23rd Street. The original eastside varrio has split into distinct areas in recent years. On the north side Clanton occupies the area from Washington Ave in the south to Olympic Blvd. in the north between San Pedro Ave in the west and Alameda Street in the north. To the south they occupy the area between San Pedro Ave in the east to Main Street in the west from 30th Street in the north to 36th Street in the south. Eastside Clanton is a much smaller turf today than the one they controlled during the 1960s and 1970s but its location is still consistent with the core area they originally covered. As Sureños, they are fiercely loyal to the Mexican Mafia which is why they are allowed to keep the "14" as their sign. Clanton 14's recruiting policy has remained strict over the decades. Generally, they only allow people of Hispanic descent to join their ranks. The first Westside Clanton barrio in the Pico-Union area near 18th Street, new members attempted to start a clique called "Clanton 18th Street", which most members rejected, creating a division between Clanton 14 members on the Westside and the original Clanton neighborhood on the Eastside with those wanting to create "Clanton 18". Rather than dropping the 18, these new members decided to drop "Clanton", becoming a separate identity; 18th Street Gang in 1959. Rivals include the West Covina Neighborhood Crips, Hang Out Boys 13, 18th Street Gang, Mid-City Stoners 13 and Mara Salvatrucha. 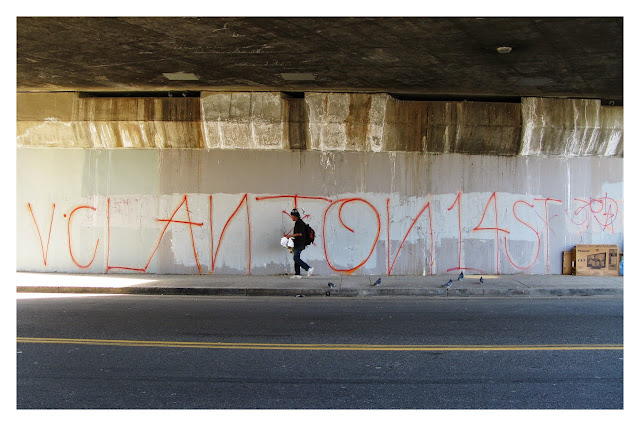