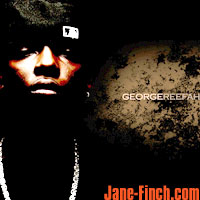 Raised in the rough district of "uptop" Jane and Finch (Shoreham), Toronto's George Reefah and the 5 Deutsche crew have emerged bringing a whole new aspect to the Canadian hip-hop scene. Thoroughly mixing an old school vibe with a new aged sound, George Reefah has distinguished himself as being one of the most distinct and unique rappers to ever hit the streets of Toronto. With his finesse, flow and a direct delivery George Reefah has now solidified himself as being one of the most promising young acts. He is also the younger brother of MC Collizhun, formally of Nefarius.