Officially known as "Yorkwoods Village", Grandravine Drive (aka "The Lanes") is a 306-unit townhouse development owned by the TCHC located in northwestern Toronto, Ontario, Canada along Jane Street just south of Finch Ave. West in the Jane and Finch corridor. This community is commonly referred to as "The Lanes" by its inhabitants because of it's structural design. Built in the late 1960's to early 1970's this townhouse complex was intended as a place to house thousands of new low-income and high-need immigrant families. The availability of social and affordable housing attracted a lot of people making the neighbourhood's population explode within a decade. Racial tensions grew as the face of the neighbourhood changed, from mostly European to a mosaic of people from Asia, Africa, the Caribbean and Latin America. It is believed that this animosity, along with years of Government neglect and the explosion of crack cocaine during the 1980's, are among some of the factors which helped spawn a new generation of youths who turned to drugs and neighbourhood gangs as a coping mechanism to poverty and discrimination. By the late 1980's, Jane and Finch had become a catch-all phrase used by the media and police that suggested poverty, gangs and racial division, stigmatizing the people living within its communities. With a long history of violence, mistrust of the police and poverty, Grandravine residence had to take ownership of their community from the grassroots level which included the Yorkwoods Grandravine Renewal Project and a Boys & Girls Club. However, gang presence within this community is very prevalent as the area is claimed as territory by a local Bloods set known as The Lanes Crew, who are closely aligned with other gang members from the near by Grassways community. Despite its many challenges, however, it is also a community with a tremendous amount of pride, where the majority of people are simply working to raise families and find their way in a new country. 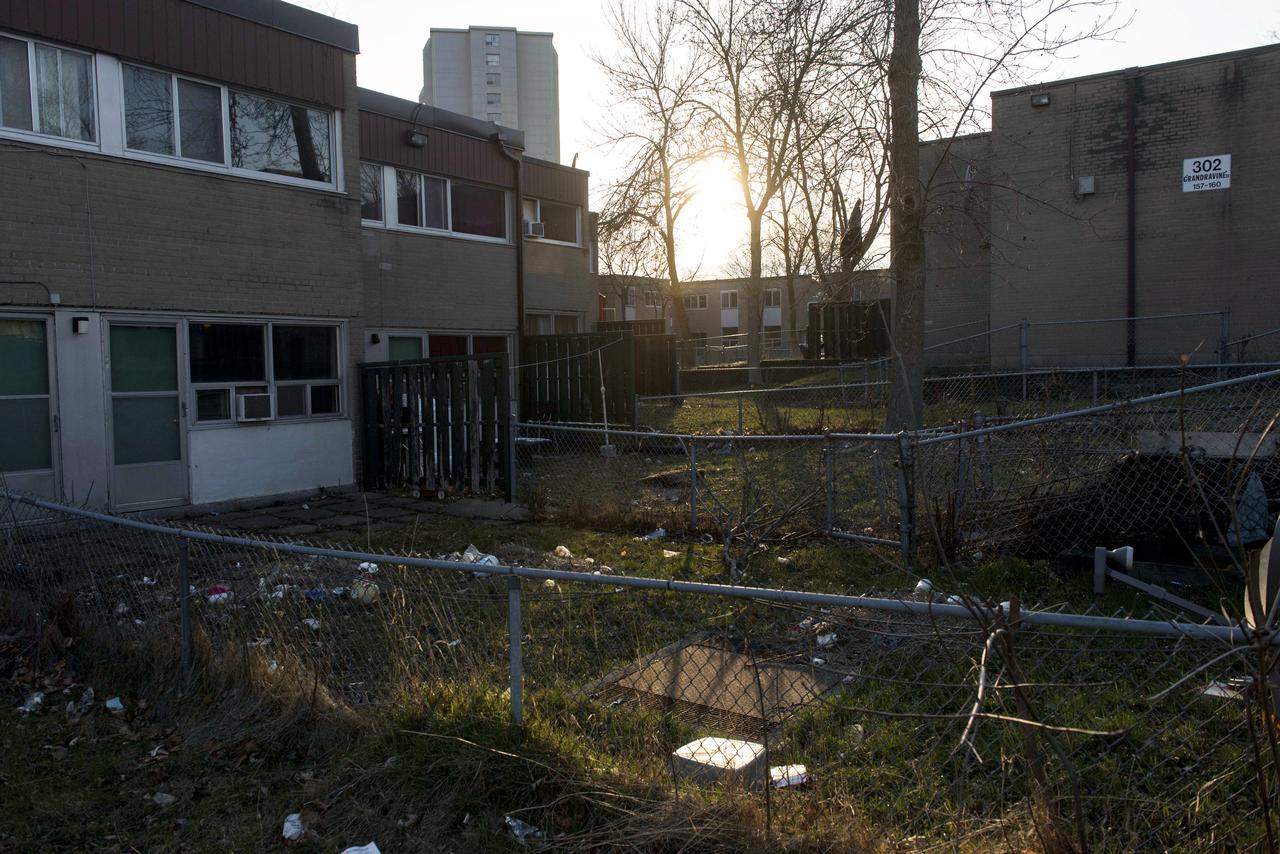 Corey Fila- Meaning of Life (In My Life Time)