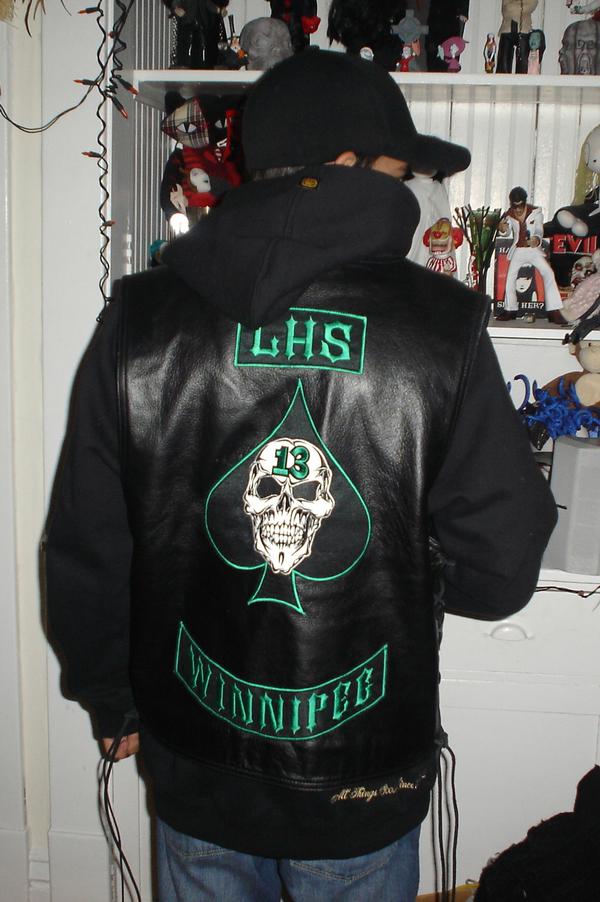 L.H.S is an acronym for a street gang in The Maples and Tyndall Park areas of Winnipeg and in Thompson, Manitoba, Canada. Loyalty, Honour and Silence are the creed and motto of this street level crime syndicate, although their activities are not restricted to the proliferation of narcotics alone. Members have been linked to an array of offences including Fraud, extortion and drug trafficking. Co-Founder Bekim Zeneli registered the LHS name as a legitimate company and appointed himself president, in an attempt to legitimize the gang in the eyes of police and the city [1]. Unlike other gangs, this gang is not restricted to any one area or limits membership to any particular ethnicity. The LHS was solely formed for the purpose of gaining large profit through the proceeds of crime. Some members have been known to sport articles of clothing bearing the letters LHS, but this gang does not have an official color. The LHS was once considered a puppet club for the Hells Angels as they turned to the infamous Biker gang for support in regards to distributing illicit drugs, but were later betrayed by them. In March 2002, Bekim Zeneli, 33, was shot and killed in his birthplace of Thompson, Manitoba by members of the Oshawa, Ontario chapter of the Hells Angels over an on-going turf dispute involving Hells Angels from British Columbia, who also wanted to control the drug trade in Thompson [2]. Despite this, the LHS is still a formidable force with nearly 50 to 60 main members (according to Police sources) say that they are starting to spread throughout Winnipeg's North End. Police theorize that the LHS works in unison with the larger Manitoba Warriors and are friendly towards the Central Gang as well. Being aligned with The Warriors has made them rivals of the Indian Posse, Native Syndicate and Redd Alert as well as with the Hells Angels and their under-link puppet clubs such as the Zig Zag Crew and the Redlined Support Club.

Arrest Made in Murder of Gang Co-Founder

bucha roll outs there either ctl now or msrubbs