Having been built in the 1940's as a "transitional community", Toronto's Regent Park has the distinction of being Canada's first/oldest public housing complex. It is a residential dwellings made up entirely of social housing, covering 69 acres (280,000 m²) of the downtown area of Toronto, Canada. This neighubourhood is bounded by Gerrard Street East to the north, River Street to the east, Shuter Street to the south and Parliament Street to the west. At the beginning of the 20th Century, Regent Park had been known as "Cabbagetown", a name now associated with the neighbourhood due North. But it wasn’t until 1948 that city officials envisioned a new urban design for this 69-acre lot. Inspired by the idealized “Garden City” movement, the area was to be dismantled, leaving behind only remnants of two of its original streets – Regent Street and Park Street. Thus the name "Regent Park" came into existence, a new name for a postwar modernist neighbourhood. Over the years, Regent Park grew and became an extremely culturally diverse neighbourhood, with more than half of its population being immigrants. Over 50% of the population living in Regent Park are children 18 years and younger (compared to a Toronto-wide average of 30%). In its begining, Regent Park was to house people experiencing financial difficulties, for whatever reason. Most residents were on social assistance, and working residents paid rent proportional to their income. This contributed to the concentration of a socially marginalized population, and various social ills of Regent Park. In particular, this community failed to generate the awareness, interest, and commitment of its residents to invest in the development and sustainability of a higher quality of life. 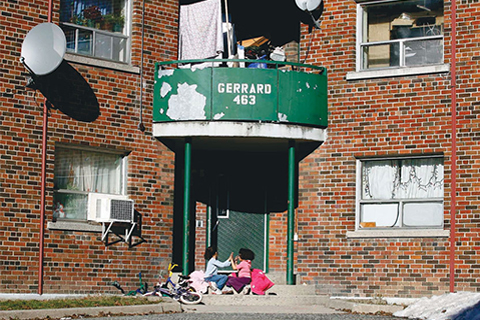 The average income for Regent Park residents is approximately half the average for other Torontonians. A majority of families in Regent Park are classified as low-income, with 68% of the population living below Canada's national poverty line. For some time it has been known as a high crime prone area with brazen drug dealers and addicts, aggressive panhandlers and prostitutes. Aside from the living conditions of its aging buildings, mistrust between local police division and residence of Regent Park has long been an issue. As late as 2001 the relation between some residents and police was confrontational. Police face tremendous challenges in providing protection and security to the community. Recently, the community and police relations have greatly improved. Police have adopted a community oriented, preventive, and collaborate approach, and indicate that they are more effective in providing security to the community from roaming drug gangs; of which the most prevelent used to be the Point Blank Souljahs, an off-shoot of the original Regent Park Crew, but is now controlled by an off-shoot of that gang called the Sick Thugz.

As one of Toronto's poorest neighbourhoods, Regent Park has been stigmatized as a bastion of immeasurable poverty and despair. However, evidence has proven the contrary; there is a strong sense of community that pervades Regent Park and its diversity is reflected in the city's diversity. Certainly, the revitalization process will modernize Regent Park, however it remains to be seen whether or not it will effectively reduce the neighbourhood's poverty and stigma. 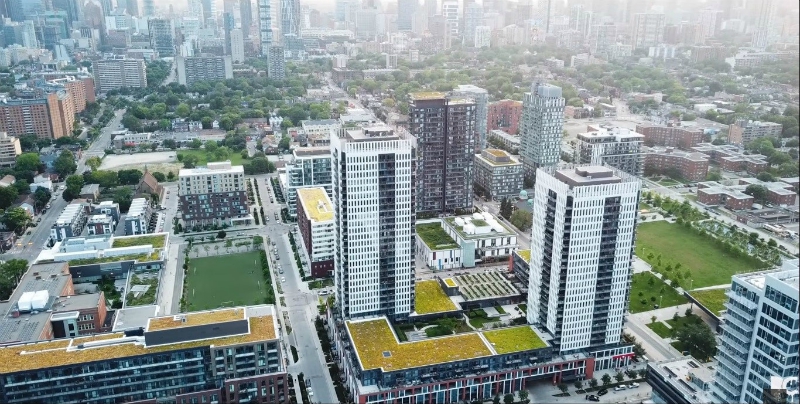 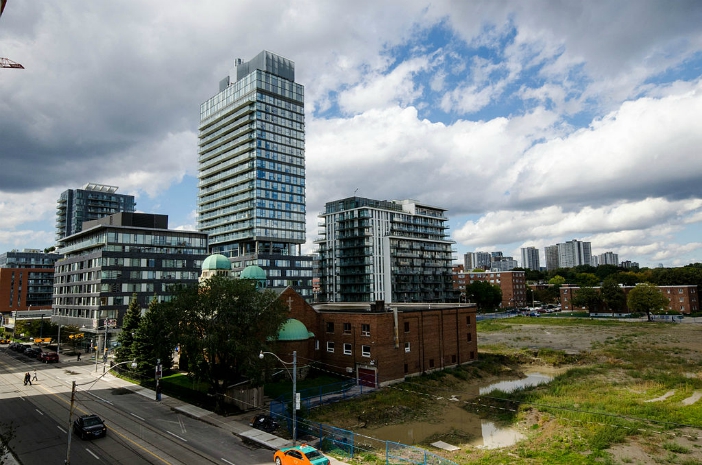 2 Men In Hospital After Double Stabbing In Regent Park

Through The Eyes of a Child

Growing Up In Regent: Youth and Relocation in Toronto's Regent Park

Point Blank - Born and Raised in the Ghetto (Final Cut)