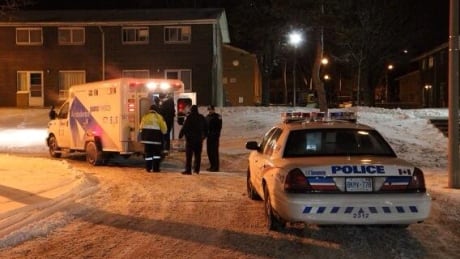 Scarlettwood Court is a housing project that sits high on the banks of the Humber River in the western formal municipality of Etobicoke in Toronto, Ontario, Canada. Built in the 1960's, this TCHC neighbourhood is home to hundreds of tenants from diverse backgrounds. On the outermost fringe of Weston Road-Mount Dennis, this neighbourhood is geographically isolated from other neighbourhoods with no recreational or social services in and around the Scarlett Road corridor. During the 1980's, this area's European residences gave way to an influx of visible minority immigrants, most notably from the West Indies and various African nations. This time period also saw the rise of drug related activity within the surrounding area which would later be controlled mainly by the off-spring of new immigrants who arrived during the 1960's and 70's. During the 1990s, these young men adopted the Crips identity and began to associate themselves with other west end neighbourhoods doing the same. This neighbourhood is the birthplace and home turf of the All Crips Gang, also referred to as the "Scarlett Blocc Crips".

A Night on The Streets With TAVIS

Helping Inner-City Kids Goof Around Right in Their own Backyards