Snow was born and raised in the North York district of Toronto. For much of his childhood, he lived in the Allenbury Gardens housing projects, and at the age of 16 moved to Ajax, Ontario where he was part of a Kiss cover band. Darrin O'Brien (born October 30, 1969 in Toronto, Ontario), is a Canadian reggae musician, best-known by his stage name Snow and for the 1993 U.S. number-one hit single "Informer". Snow was discovered by a Jamaican-born DJ named Marvin Prince, while living in Ajax. The name Snow, a backronym for "Super Notorious Outrageous Whiteboy", was given to him by Marvin Prince. Prince took Snow to New York City and introduced him to MC Shan, who introduced them both to producer David Kenneth Eng and Steve Salem. Snow eventually signed a contract to record on their Motorjam/Elektra record label. His 1993 debut album was 12 Inches of Snow. MC Shan and Marvin Prince produced the entire album while Snow was imprisoned for a year on an assault charge. Upon his release from prison, Snow's first single "Informer," written by Marvin Prince, became a chart topping hit. The album sold over 8 million records worldwide, with the single from the album "Informer" remaining #1 on the American Billboard charts for seven consecutive weeks. "Informer" has been recorded twice in the Guinness Book of World Records as the best selling reggae single in U.S. history, as well as the highest charting reggae single in history. A second single, "Girl I've Been Hurt", reached #19 on the Hot 100. In 1995, Marvin Prince departed from Snow, and MC Shan worked on Snow's second album, Murder Love, which also featured production work by Junior Reid, Hurby "LuvBug" Azor, and others, as well as guest appearances by Junior Reid, Ninjaman, Half Pint and others. Snow also performed a version of "Moon Over Parma" as the theme song for later episodes of The Drew Carey Show starting in 2002. Although Snow's subsequent albums performed poorly after Marvin Prince 's departure, except in Japan and Jamaica, he returned to the Canadian pop charts in 2000 with "Everybody Wants to Be Like You", and again in 2002 with "Legal", and worked on a new album with Red Zone and Trackmasters in 2007. In 2009 Snow released a new single entitled "Adore You." 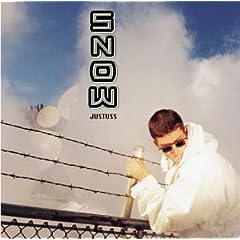 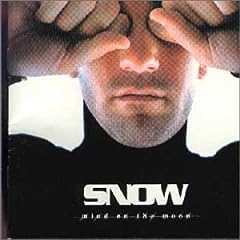