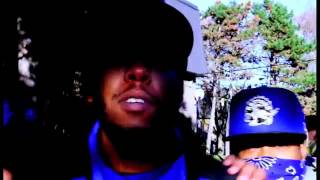 Believed to have been founded in the late 1990s, the Tandridge Rexdale Crips are a roaming territorial street gang whose roots can be traced back to a sprawling Toronto housing complex on Tandridge Crescent in the Thistletown section of Rexdale, Ontario in northwest Toronto, Canada. This youth orientated street gang was heavily influenced by older roaming Crip sets from different neighbourhoods in Rexdale (particularly from Jamestown) which had area youths within Tandridge Crescent claiming the Crips "card" as well. But when the feud between the Jamestown Crips and Mount Olive Crips began in the year 2000, neighbourhoods within Rexdale began to choose allegiances with either one of the two formidable gangs. Authorities theorized that both the Tandridge Crips and the Jamestown Crips were held responsible by the Ardwick Blood Crew for the death of one of its members which police sources claim to have been behind a spate of retaliatory shootings orchestrated by the Ardwick Blood Crew on both Jamestown and Tandridge Crescent. Since the Tandridge Crips shared a common enemy in the Ardwick Blood Crew with the Jamestown Crips, they decided to adopt the Rexdale Crips card and began to involve themselves in each others conflicts. The Tandridge Crips' turf is centered around the Tandridge Crescent community but their territory includes a stretch of Albion Road and the surrounding area as well. Members of the Tandridge Rexdale Crips gang have been known to wear royal blue or grey apparel and either reside or had one time reside on Tandridge Crescent. The racial make up of this gang is diverse but consist mainly of African Canadian, Ethiopian, Somalian and Caribbean youth and young adults. Rivals include the Dixon City Bloods, Ardwick Blood Crew, Young Buck Killers and Mount Olive Crips.

Victims of Shootings Not Talking