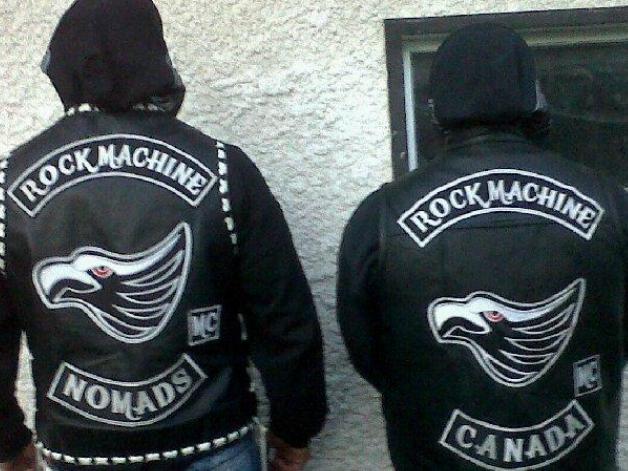 The Rock Machine is a drug dealing organization that evolved into a motorcycle gang primarily based in Quebec, Canada. The group was initially formed as the result of an affiliation (the Alliance) between Montreal crime families such as the Pelletier Clan and other independent dealers who wished to resist the Hell's Angels' attempts to establish a monopoly on street-level drug trade in the city. A violent turf war ensued with the Hell's Angels as a result of this during the 1990s. It was this turf war that prompted The Rock Machine to become a Motorcycle Club/criminal organization and align itself with the Bandidos Motorcycle Club from Texas. Initially most of The Rock Machine members did not even own motorcycles and chose not to wear leather vests like other motorcycle gangs that could easily identify members. Instead they had more inconspicuous ways of displaying their affiliation such as rings with the insignia of an eagle on it. In 2000, some of The Rock Machine in Quebec was absorbed into the Bandidos in a patch-over ceremony, but other members joined their former arch-enemy the Hells Angels when the Bandidos refused to immediately grant full-patch status to many of the more junior patched members of the gang. Although their presence is not as formidable as it was in the past, this gang is now known to have membership and associates in Winnipeg, Manitoba.