This should be deleted, there's already a Dr. Dre page 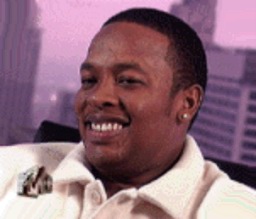 Andre Romel Young (born February 18, 1965 in Los Angeles, California), better known as Dr. Dre, is a pioneer of today's hip-hop culture and gangsta rap. Dr. Dre started his producing career as a member of the World Class Wreckin' Cru during the first half of the 1980s. In 1986, he and fellow World Class Wreckin' Cru member DJ Yella were two of the founding members of N.W.A., a highly successful and controversial group that created the protoype for much of what was termed "gangsta rap" in the 1990s. Dr. Dre enjoyed significant success in N.W.A., but left the group at the peak of its popularity in 1991 to form Death Row Records with Suge Knight.

Dr. Dre released his first solo single, "Deep Cover," in the spring of 1992. It was the debut of his elastic G-funk sound. It was also the beginning of his collaboration with rapper Snoop Doggy Dogg (later simply known as Snoop Dogg), a young man from Long Beach who was a member of the Rolling 20s Crips, and who Dre met through Snoop's work with Warren G., who is Dre's stepbrother. Snoop's voice appeared on Dre's 1992 debut album The Chronic almost as much as Dre's did. Thanks to the single "Nuthin' But a 'G' Thang," and hits like "Let Me Ride" and "Fuck Wit Dre Day (And Everybody's Celebratin')", The Chronic became a multi-platinum seller, making it virtually impossible to hear mainstream hip-hop that wasn't affected in some way by Dr. Dre and his patented G-funk.

In 1996, the song "California Love," a highly successful collaboration with Death Row artist 2Pac, helped further establish Death Row and Dr. Dre as a major force in the music industry. By the end of the year, however, the success of Death Row had taken a reverse turn, following the death of Tupac Shakur and racketeering charges against Suge Knight. Foreseeing the label's collapse, Dr. Dre left Death Row to form his own Aftermath Entertainment label. The Dr. Dre Presents ... The Aftermath album, released at the end of the year, featured songs by the newly signed Aftermath artists, and a solo track "Been There, Done That". The track was intended as a symbolic good-bye to gangsta rap, in which Dre suggested that he is moving on to another level of music and lifestyle.

In 1997, Dr. Dre signed the aspiring Detroit rapper Eminem to his label, producing his controversial album The Slim Shady LP in 1999, followed by the even more successful and controversial The Marshall Mathers LP in 2000. The latter featured slightly less involvement by Dr. Dre. By the time The Eminem Show was released in 2002, Eminem was producing the bulk of his output himself.

In 1999, Dre released his second solo album, 2001 (sometimes called Dr. Dre: 2001 or Chronic 2001: No Seeds and variations thereof). Once again, the album featured about as much of Dre's voice as the voices of numerous collaborators, mainly Hittman, Snoop Doggy Dogg, Xzibit, and Eminem. The album was highly successful, thus reaffirming a recurring theme featured in its lyrics, stating that Dre is still a force to be reckoned with, despite the lack of major releases in the previous few years.

The album followed a new musical direction, characterised by high-pitched piano and string melodies over a deep and rich bassline. The style was also prominent in his following production work for other artists, including hits such as "Let Me Blow Ya Mind" by Eve and Gwen Stefani, "Break Ya Neck" by Busta Rhymes, and "Family Affair" by Mary J. Blige.

Dr. Dre has also appeared in the movies Set It Off, The Wash and Training Day, though he later stated that he does not intend to pursue a career in acting. A song of his, "Bad Intentions" (featuring Knoc-Turn'al), was featured on the soundtrack to The Wash.

In 2003, Dr. Dre and Eminem produced the major-label debut Get Rich or Die Tryin' for Queens rapper 50 Cent, featuring the Dre-produced hit single "In Da Club."

The release of Detox, which was to be Dre's final solo album, was planned for 2004. The project was declared to be cancelled for a while, as Dre decided to put all his effort into producing the artists on his Aftermath label, including Eminem, 50 Cent, Eve, The Game, Stat Quo, and Busta Rhymes; former NWA member Ice Cube is currently negotiating a contract with the label. However, in November 2004, Dre and Interscope confirmed that Detox was still in the works and is currently scheduled to be released in Fall 2005. On the Eminem song "Encore", featuring Dre himself, Eminem mentions that the Eminem crew will "make" him do the album.

Other (as artist and/or producer):