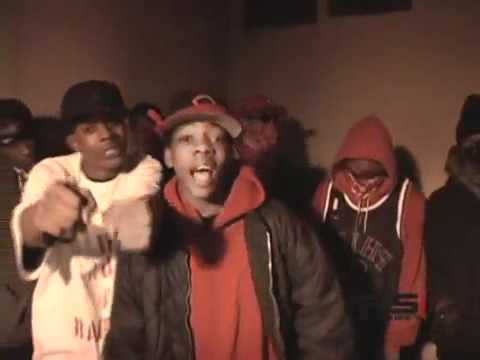 The South Side Connection Bloods (aka the Connection Young Bloods or CYB) are a mid-sized African-Canadian territorial street gang comprised of young adults from the Grassways community, better known as Connections; a subsidized housing complex in the Jane and Finch neighbourhood of North York in Toronto, Ontario, Canada. The origins of this gang's name varies, as some claim that it is in reference to the structural design of the connecting social housing buildings within the heart of their turf while others claim it is because the neighbourhood has long been an area known for drug addicts to connect with dealers. The Connection Bloods gang claim "South Side" in reference to their turf being geographically located south of Finch Ave. West, as opposed to being south of Wilson Avenue which is more commonly used as the adopted divider between street gangs situated along north/south Jane Street. This gang falls under the Down-Bottom card as members have grown to become very territorial in nature, loyal to their neighbourhood with a strong sense of community pride that trickles down to the younger generation. Police state that the Connection Bloods are involved in an array of different criminal activities. Older members are known for being more business orientated where as the Crips who dwell north of Finch Ave. West are known as the aggressors in most conflicts between the two groups. Made up mainly of first generation African-Canadians of Caribbean and African descent, this gang was heavily influenced by Jamaican gang sub-culture during the 1980's with the influx of West Indian immigrants moving out of Toronto's inner city core and into the suburbs. The lure of belonging, status and the potential money from selling drugs or theft caused many of the children of these immigrants to choose membership within local "crews". By the early 1990's, the youths within Jane and Finch began identifying themselves as Bloods in response to roaming rival Crip gangs from Rexdale who would constantly clash them at local clubs and public events. But the 1990's would unveil an even bigger threat than those from outside the Jane and Finch community had posed. Growing animosity between youth from Up-Top Jane and Finch and Down-Bottom began to manifest itself. By the mid to late 1990s, the beef became an all-out war between residence from Driftwood Court and Grassways with adjective neighbourhoods choosing allegiances. The Connection Bloods gang claim the Grassways housing complex as their turf along with the Firgrove and Oakdale Park area as part of their territory. They are cliqued up with The Lanes Crew and the Y-Block Bloods as well as being friendly towards the Ardwick Blood Crew. Rivals include the Up-Top Driftwood Crips, Up-Top Shoreham Crips, Up-Top G-Side Crips, South Side Falstaff Crips, the Trethewey Gangster Crips and the Doomstown Rexdale Crips.

Man Shot and Stabbed to Death