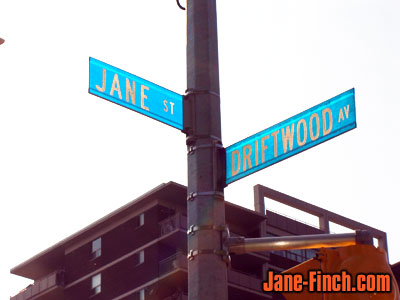 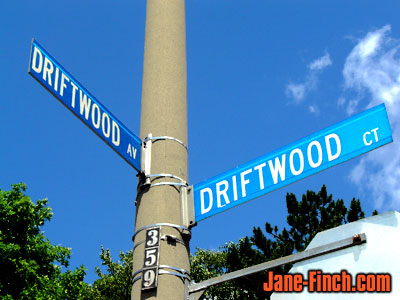 Driftwood Avenue is a residential thoroughfare in the heart of Jane and Finch in Toronto, Canada. Running north/west from Finch Ave. West to Jane Street, Driftwood is home to many high-rises and clustered rows of subsidized housing separated by middle-class houses. Driftwood Court is located closer to Jane Street, north of Finch Ave. West and has been the scene of many gang related shootings over the past years. Driftwood Court is a geared to income community made up of rows of 3 story town houses inhabited by many new Canadians; most prevalent being those of Caribbean and Hispanic descent. Police claim that this area had long been territory claimed by the Up-Top Driftwood Crips whose members have on-going tensions with communities aligned with the Bloods gang located south of Finch Ave. West. Driftwood Avenue has become separated into two distinct sections by its residence (mainly among the youths) due to past conflicts between gangs from neighbouring housing complexes. Up-Top comprises anything north of Finch Ave. West, particularly Driftwood Court, Shoreham Court and Gosford Boulevard. Down-Bottom: Anything south of Finch Ave. West, including the housing on Driftwood Avenue at Grandravine Drive, Yorkwoods Gate, Firgrove Cres., Yellowstone St., and The Grassways.