Flemingdon Park (also referred as "Flemo Park") is a multicultural community in the former municipality of North York in Toronto, Ontario, Canada. This community is bordered on the north by Eglinton Ave. East, on the west by Don Mills Road and on the south and east by the Don Valley Parkway. It derives its name from its original farm owner, R.J. Fleming and the nearby Don River. Due to high density, lack of services and cutt backs, urban decay quickly settled in and now the area is quite infamous for its high crime and low income, with over 75% of its population living below the poverty line. This area was at one point predominately filled with West Indian immigrants and a few pockets of Caucasian families, but now Flemingdon Park is home to immigrant families from various African nations and those of South Asian heritage. The Flemingdon Park Vendome patch occurs in the area west of the Don Valley Parkway (DVP), south of Rochefort Drive, east of Deauville, and north of the park. Weaving its way into the center of this patch is Vendome Place, after which it is named. This patch contains a network of dead-end courts surrounded by government-subsidized townhouse complexes. There are a few playgrounds hidden in the area, with basketball courts and community gardens available just to the south of the patch in the park.

The Flemingdon Park "H-Block" patch occurs in the area east of Don Mills Road, south of Rochefort Drive, west of Deauville Lane, and north of the park. This patch contains a strip of high-rise apartments and government-subsidized townhouse complexes. H-Block is home to a considerable amount of high-density housing with ethnically diverse residents, in addition to a large community centre and - of course - a mall. 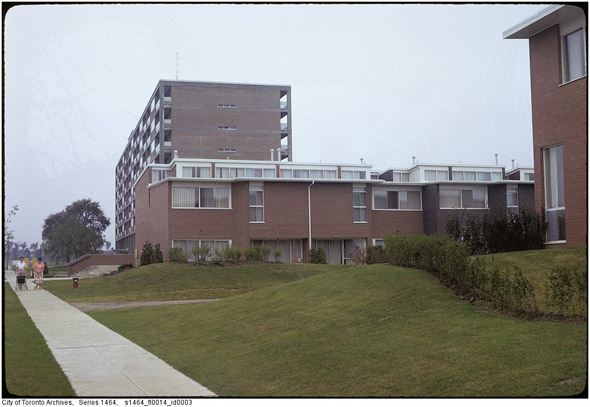 Life In Prison For Man Who Killed Flemingdon Park Neighbour