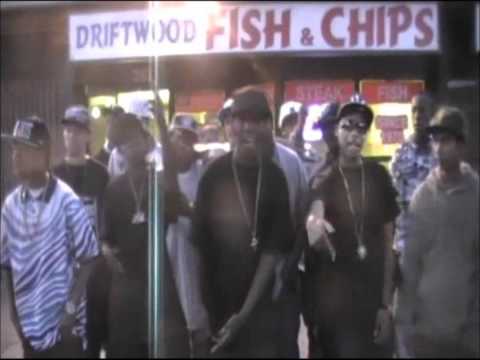 The Up-Top G-Side Crips (or simply the "G-Siders") are a territorial street gang originating from the Jane and Finch neighbourhood in western boundaries of North York in Toronto, Ontario, Canada. Believed to have been formed in the late 1990s by high school friends, this gang's moniker comes from the Gosford neighbourhood within Jane and Finch where most of its members had reside at one point. Members of this gang claim the Up-Top Crips card along with the Up-Top Driftwood Crips and Up-Top Shoreham Crips, although they all operate independently from each other. Authorities believe the G-Siders were involved in an array of criminal offences including attempted murder, firearms trafficking and importation, drug trafficking, robbery, shootings, prostitution and other criminal offences. The G-Siders worked in unison with another gang claiming the Up-Top Crips card called the Young Buck Killers and share many rivals including the South Side Connection Bloods, The Lanes Crew, Y-Block Bloods gang, Doomstown Rexdale Crips and the Tandridge Rexdale Crips. On Dec. 14, 2011 the G-Siders (along with the Young Buck Killers) were targeted in a seven-month investigation which led to at least 60 arrests in communities across Canada. Dubbed "Project Marvel", More than 900 officers executed 67 search warrants simultaneously across Ontario, Alberta and British Columbia. Of the approximately 60 people taken into custody, about 10 were young offenders at the time [1].