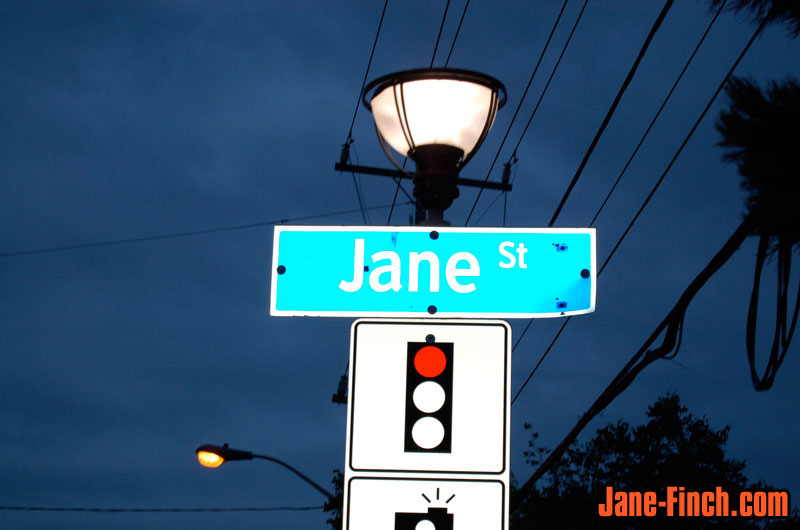 Jane Street is a north-south thoroughfare in western Toronto, Ontario, Canada, that begins at Bloor Street and continues north into York Region to near the Holland River in King Township. The TTC operates Jane subway station at Jane and Bloor Street; until the subway opened, this intersection was the western terminus of the "Jane/Bloor" streetcar line. It is a street littered with strip malls with local bars and cultural restaurants along with geared to income high rises and community housing units. Routinely patrolled by Toronto Police, Jane Street has a high concentration of Polish, Italian, Hispanic, Filipino and West Indian communities, a high percentage of which lives below the national poverty line. Jane Street (or Jane Strip as it is commonly referred to) has been divided into two sections: the Northern section (Steeles Ave. West south to Wilson Ave.) and Southern sections (South of Wilson Ave. towards Dundas St. West). Most Ontario Housing Communities situated along Jane south of Wilson Avenure are considered territory of various Crip gangs as well as The Gatorz where as neighbourhoods north of Wilson Avenue are Bloods (accept for those claiming Up-Top Crips). Major intersections on Jane Street include Jane and Dundas, Jane and Woolner, Jane and Eglinton Ave. West, Jane and Weston Road, Jane and Trethewey, Jane and Lawrence Ave. West, Jane and Wilson, Jane and Sheppard, Jane and Finch and Jane and Steeles. Jane Street is most infamously known with the intersection of Jane and Finch where a number of murders and other forms of violence have taken place over the years. Gangs that frequent the Jane Strip include different Bloods/Crips sets and also The Gatorz gang.

2 Arrested After Murder in Jane/Finch