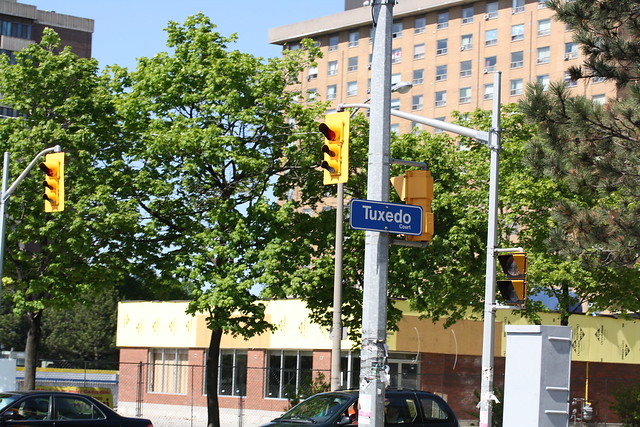 Tuxedo Court is located off Markham Road just north of Ellesmere Road in the larger Woburn neighbourhood in the former City of Scarborough, located in the northeast section of Toronto, Ontario, Canada. Approximately 5,500 people are housed in five buildings in the Tuxedo Court patch. Addresses include 10, 20, 30, 40 (all market-rent) and 50 Tuxedo Court (TCHC). This area has long been considered a “Tamil Gang” area. Tuxedo Court is known to be the area of the gang Tuxedo Boys. 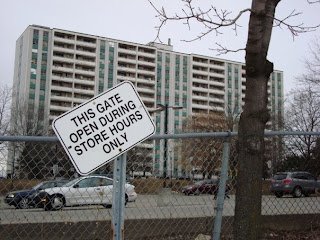 In 1981 no neighbourhoods in Scarborough had high poverty rates. By 2001, five neighbourhoods including the Woburn neighbourhood containing Tuxedo Court, had a “very high” poverty rate defined as more than 40% of people living in poverty. The 2001 poverty rate in Woburn was 45%.5. 69% of Tuxedo Court residents are immigrants; 48% of whom arrived between 2001 and 2006. 51% of Tuxedo Court residents that are over age 15 have a post-secondary certificate, diploma or degree; 66% have a degree from outside Canada. 81% of residents are considered visible minorities; the majority are South Asians followed by Asians and Afro-Canadians. The 2006 unemployment rate was a whopping 14.8% as compared with 6.7% average in the rest of Toronto. Man in Hospital After Stabbing.