The West Side (W/S) Van Ness Gangster Brims are an African American street gang named after a street that travels through their neighborhood in the west side of South Los Angeles, California. Also known as the Rollin 50s Brims, the Van Ness Gangsters are the largest of all 3 Brim gangs and are cliqued up with the Harvard Park Brims as well as the Fruit Town Brims. Their territory reaches from Western Avenue in the East to 3rd Avenue in the West with 52nd Street being their northern boarder and 57th Street as their Southern boundary. The 54th VNG is the main clique as most members can be found in the intersection of Van Ness and 54th Street. This area is located directly north of the Rollin 60s Neighborhood Crips, who are considered their most bitter rivals. Other rivals include the Rollin 30's Harlem Crips, Rollin 40s Neighborhood Crips, 46 Neighbor Hood Crips, 48 Neighbor Hood Crips, Rollin 50s Neighborhood Crips , Rollin 90s Neighborhood Crips, the 6 Pacc East Coast Crips, the Menlo Crips, West Boulevard Crips, 52 Hoover Gangster Crips and the 51 Trouble Gangster Crips. The Van Ness Gangsters are also rivals of the 18th Street Gang, White Fence Gang, MS-13 and any Hispanic gang under the Mexican Mafia showing hostility towards African Americans. However, due to their shared hatred for all Rollin 0's, the Van Ness Gangsters have recently been friendly towards the "Nutty North Side" faction of the Eight Tray Gangster Crips. 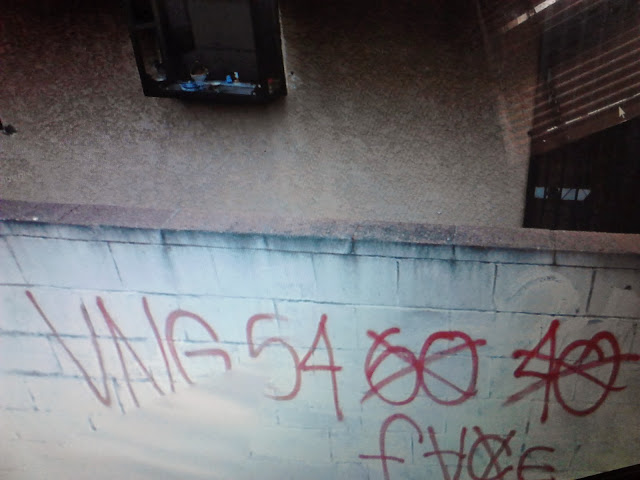