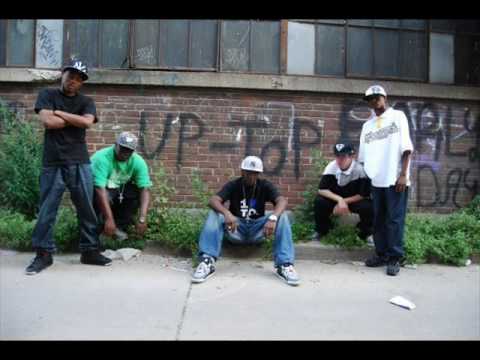 The Up-Top Young Buck Killers (or YBK) are a youth orientated street gang from the Up-Top section of Jane and Finch in the northwest suburb of North York in Toronto, Ontario, Canada. This gang shares its territory with the more established Up-Top G-Side Crips. The two gangs operated in the Gosford Boulevard and Driftwood Avenue area, one west of Jane Street, the other east. Believed to have been founded in the early 2000s, Police claim the criminal activities of the YBK spread well beyond their base in northwest Toronto, expanding as far west as British Columbia. Members have been involved in criminal organization offences, attempted murder, firearms trafficking and importation, drug trafficking, robbery, shootings, prostitution and other crimes. Called “well-organized” and “ruthless,” this gang became mobile after Toronto police investigators ramped up local pressure on their organizations after a series of gang-related shootings in the Jane and Finch neighbourhoods in 2010 [1]. The Young Buck Killers are friendly towards all Up-Top Crip sets as well as the Mount Olive Crips in Rexdale. They are rivals of the The Lanes Crew, Y-Block Bloods gang, the Doomstown Rexdale Crips and Tandridge Rexdale Crips. On Dec. 14, 2011 the Young Buck Killers (along with the Up-Top G-Side Crips) were targeted in a seven-month investigation which led to at least 60 arrests in communities across Canada. Dubbed "Project Marvel", More than 900 officers executed 67 search warrants simultaneously across Ontario, Alberta and British Columbia. Of the approximately 60 people taken into custody, about 10 were young offenders at the time [2]. Cash and weapons seized during "Project Marvel"; a police initiative targetting both the Young Buck Killers and the G-Siders on December 14, 2011.

93 Year Old Grandmother Arrested But Not Charged in Gang Sweep